Director Nikkhil Advani who brought both the acting giants Rishi Kapoor and Irrfan Khan on-screen in D-day recalled fond memories of the duo. 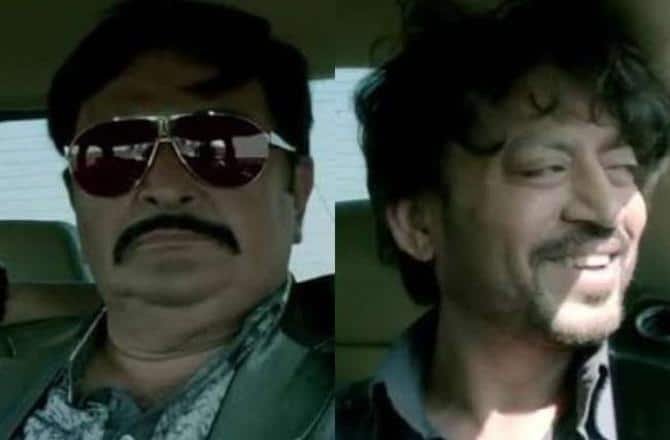 It’s still hard to swallow the fact that two of Hindi Cinema’s giants, Rishi Kapoor and Irrfan Khan, are no longer amongst us. Irrfan Khan passed away on April 29 at 11:11 am at the Kokilaben hospital due to complications arising out of Colon infection. And on April 30, we lost Rishi Kapoor. Battling leukaemia for the last two years, he passed away at 8:45 am IST in hospital. Tributes began pouring soon on social media.

Director Nikkhil Advani who brought both the acting giants on-screen in D-day recalled fond memories of the duo. Speaking to Mumbai Mirror, the D-day director said, “We were shooting in the desert and while Irrfan and a lot of teams bunked out in tents, Chintuji would drive two hours back to the hotel. He was averse to early morning shoots but there was this sunrise shot we had to shoot with him and he was refusing to comply, saying, ‘I’m an actor, not a doodhwala’. It took Irrfan bribing Rishi with ‘chicken jungli and alcohol’ for him to stay in the desert. It was a near-impossible feat in Kutch, but he delivered on his promise and I got my shot”.

Advani also shared a funny moment while shooting with Rishi and Irrfan. “Today, a scene from my 2013 film, D-Day, flashes through my mind. Irrfan (Khan) looking at Chintuji, and laughing, amazed that they had finally managed to capture this much-wanted terrorist, despite their plans have failed. “I remember Irrfan urging me to let the camera continue to roll and what emerged was this moment of delicious irony.”

D-day, released in 2013, remains the only film in which Rishi and Irrfan had shared screen space. Rishi Kapoor played the role of D-company leader, while Irrfan portrayed the character of a RAW agent.

Earlier, the Kal Ho Na Ho director had mourned the loss of his co-star by sharing a small still from the film along with a heartfelt message.