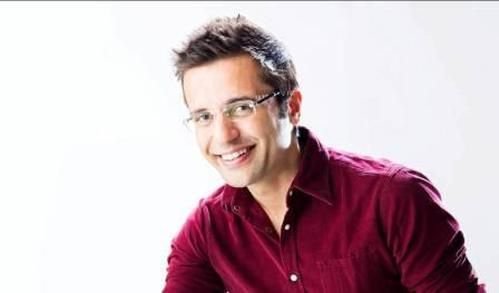 The great entrepreneur and motivational speaker Sandeep Maheshwari was born in a middle-class family as a son of Roop Kishore Maheshwari and Shankutla Maheshwari. Their family was into Aluminium business which collapsed. When Sandeep Maheshwari was in class 10th. Maheshwari family tried a lot to earn money they jumped into conveyer belt business, set UP STD- PCO shop where Sandeep used to help but all of those businesses failed. Somehow Sandeep Maheshwari reached and cleared class 12th. Now he has the responsibility of his family

Further, he joined Kirori Mal College affiliated under Delhi University where he pursued his B.Com but in the 3rd year of the college he dropped out due to some personnel issues and his mindest that pursuing college is not giving anything good in his life later. After dropping out from the college Sandeep Maheshwari followed his passion and took 2 weeks photography course.

Sandeep Maheshwari’s career starts with joining a multi-level marketing Japanese company which manufactures its own products when he was just in class 12th after attending a seminar and saw a 21-year-old boy earning 2.5 lakhs a month.

At the age of 19, he opted to be a model and started his career as a model where he outlooked harassment and exploitation experienced by him and other models.

After experiencing exploitation he decided to set up a modelling agency with a vision to help and carry out other models from those exploiting agency.

After attending a two weeks photography course to start his new work along with a moto to help struggling models. At that time he was a beginner but with a desire to change the modelling world with his new startup named Mash Audio Visuals Pvt Ltd in 2001 to make portfolios. But it was difficult for him to get recognised because the modelling industry was already ruled up, so he has to go differently to make his name and stardom. Then he decided to complete a challenging task with his camera, he selected location and 120 models for a photo shoot or you can say a Guinness World records. But to make history name and fame he has to spend 5 lakhs.

He had completed and made Guinness World record by clicking 10,000 photos of 120 models in just 10 hours 45 minutes.

Sandeep Maheshwari organises free seminars for the public where he shares his personnel experience, opinion and motivates youth and entrepreneurs to do good and be positive. He shares how to do anything with perfection.

He did not charge anyone for it and pay all bills related to the seminars.

You can find Sandeep Maheshwari’s videos ad-free on YouTube. He did not earn a penny from his motivational seminars and videos.

He shares his success Mantra as ” asan hai”.