In an interaction with IANS, Raveena Tandon shared her fond memories of Rishi Kapoor, who passed away on April 30, and also spoke of her father, filmmaker Ravi Tandon’s long association with the late actor 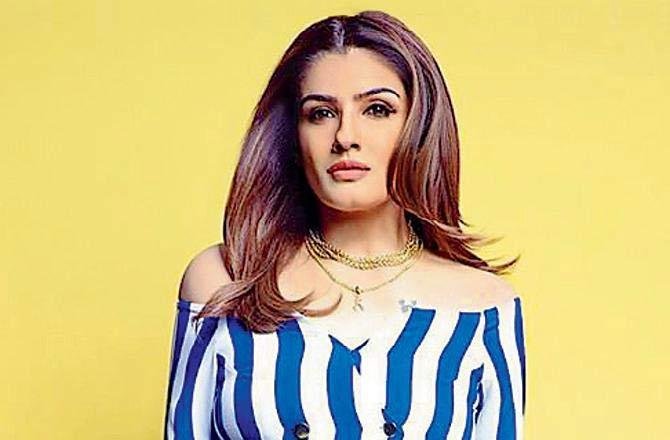 When Raveena Tandon was a child, Rishi Kapoor was already a big star. Years later, Raveena would star opposite the man who is one of the greatest romantic icons in Bollywood, heartthrob of millions. In an interaction with IANS, Raveena shared her fond memories of Rishi Kapoor, who passed away on April 30, and also spoke of her father, filmmaker Ravi Tandon’s long association with the late actor.

“I have not worked with him in many movies but my dad has worked with him a lot. I have seen him since I was a child. I literally grew up in front of his eyes. My heart is heavy right now,” said Raveena, recalling Rishi Kapoor.

She added: “Rishi sir’s death is a huge blow for my father. My father has lost one more friend from his inner circle. I clearly remember how my dad, Pancham uncle (RD Burman), Ramesh Behl uncle and Rishiji used to hang out together. After his demise, my dad has been feeling very down.”

“I was at Rima’s house for Ganpati pooja. When I was about to leave, Rima told me to wait as Chintu ji’s coming. I waited for him because I had not seen him for a long time since he was in New York. He came, we did aarti and had a good talk. That was my last and final memory of him. I will miss him a lot. May his soul rest in peace,” Raveena said.

She took to social media to mourn the death of Rishi Kapoor, remembering the first walkie talkie doll he bought for her as a gift from Paris.

“Just totally love you! Seems like a part of my life, my childhood memories, my now..all taken away so fast. Not fair Chintu uncle. Not fair on all of us..could not even say a goodbye. We will miss you terribly. His infectious laughter, his wit, incidents, even when he used to scold me on sets when working with him. Still seeing me, as the same 5 year old he knew, my first walkie talkie doll he bought from Paris, a make-up gift for getting engaged to Neetu aunty without telling me,” Raveena recalled.

Rishi Kapoor died in a Mumbai hospital on April 30. He was 67 and had been battling leukemia.