Mrs. Serial Killer Review: Miss Jacqueline Fernandez Robs Off All The Fun From This Film

Shirish Kunder had a delicious premise at his disposal but an uninspired casting decision proves to be a major misfire! 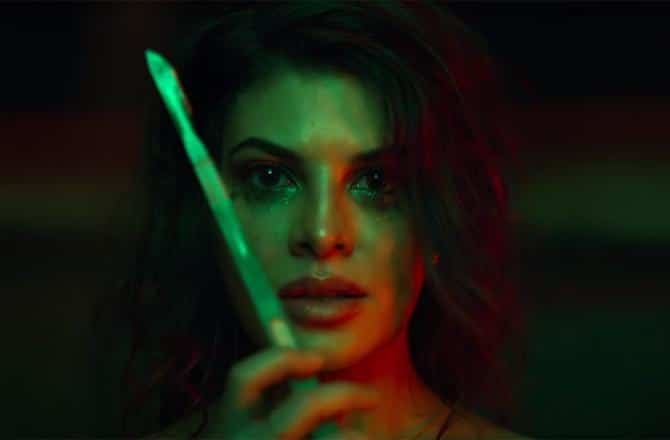 Forget everything! Forget that filmmaker Shirish Kunder’s last feature film was Joker, forget that the leading lady of his fresh film, Mrs. Serial Killer, is Jacqueline Fernandez. And just read this premise- A helpless and hapless wife takes the suicidal decision of going on a murderous rage and becoming a serial killer when her husband is arrested on the charges of brutally killing six unmarried and pregnant women. In short, a woman will go to any lengths to save her husband.

Any film with this plot can amalgamate its narrative with both thrill and tragedy. You first feel a sense of sympathy for the man who has been wrongly accused and unfairly imprisoned. You feel empathetic towards the woman who now has to fight what could be the most traumatic battle of her life. And then you feel the tension and thrill of wanting to know how she would execute all her murders! What unfolds is your perfect Bollywood potboiler, driven by drama and fueled by unpredictability. But what we see in Mrs. Serial Killer is a puerile and almost-preposterous telling of an unseen and unknown CID episode.

The performances are all ham-and-cheese, and not even worthy of being your enjoyable and entertaining guilty pleasure stuff. It’s juvenile and joyless from start to finish. If Manoj Bajpayee played your perfect hero in The Family Man, Fernandez plays your loyal family woman in this film who readily agrees to become Mrs. Serial Killer to save her husband. Kunder does what no other filmmaker even imagined he would, he gives her more screen time than Bajpayee and let her have her moment of glory. To say she falters would be an understatement, she collapses ever before her mission has begun.

There’s barely anything that works, not even Manoj Bajpayee. He’s hardly there and dedicates all his screen time in hamming. A languid Mohit Raina nearly puts you off to sleep, and the climatic twist suggests nothing but the sheer limitations and lunacy of everyone involved in this Netflix nonsense. Kunder’s debut, Jaan-E-Mann, although a commercial failure, was earnest in its craftsmanship and entertaining in its moments, but his repertoire has deteriorated ever since. Mrs. Serial Killer is his weakest film to date, worsened by its frustratingly limited leading lady. It does deliver unintentionally comical moments and there are plenty of them. Watch out for the implausible and innocuous climax where Bajpayee snarls, “Comedy Kahaan Hai?” It’s right there, sir!