May 06, 2021
3 New Articles
Home News & Gossip Ayaan mourned the loss of his father Irrfan Khan by sharing beautiful memories of his father through his childhood pictures

Ayaan mourned the loss of his father Irrfan Khan 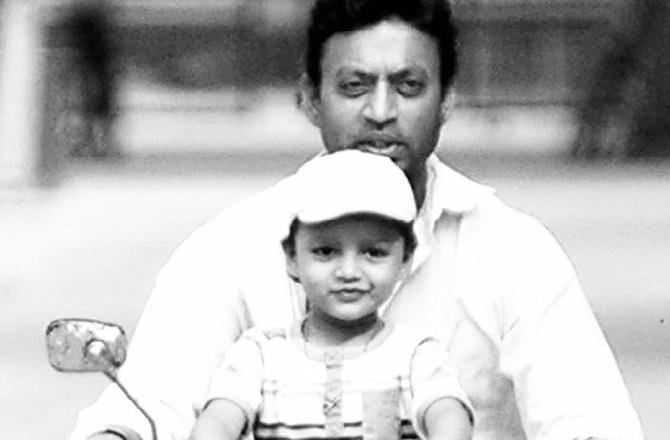 Versatile Bollywood actor Irrfan Khan passed away at the age of 53 on Wednesday, April 29, 2020 at 11:11 am due to colon infection. The actor was undergoing treatment for Neuroendocrine cancer and was admitted at Mumbai’s Kokilaben Dhirubhai Ambani Hospital due to a colon infection. The actor’s last rites were performed on the same day in the presence of his family, close relatives and friends. Irrfan is survived by his wife Sutapa and sons – Babil and Ayan.

Soon after news of Irrfan’s death broke on the internet, social media was flooded with messages from fans and celebrities expressing their grief. Son Ayaan also mourned the loss of his father by sharing beautiful memories of his father through his childhood pictures.

In the picture, Irrfan is seen riding a bike with Ayaan sitting in front. He captioned the black and white picture, “The flesh we roam this earth in is a blessing, not a promise (sic)”. In another photo, the father-son duo looks handsome.

The flesh we roam this earth in is a blessing, not a promise.